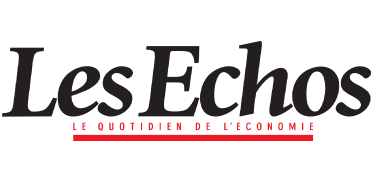 154th place out of 500 growth champions according to Les Echos

As every year, Les Echos publishes its list of 500 French growth champions. Ecolog Innovation/abracadaracks is ranked 154th with eloquent results of €3,263k in revenue and an average annual growth rate of 47%.

The green trend seems to be confirmed in the Echos ranking, which distinguishes the 500 French growth champions. Les Echos underlines the dynamics of the many companies whose activities are concerned about the environment. And with the second-hand rack and protection solutions from recycled tires, Ecolog Innovation/abracadaracks.fr fully meets this trend with its approach to promoting the circular economy.

Like this ranking, which positions a start-up company specialising in insulation and thermal renovation at the top of the podium, which is not an innovative or high-tech sector. As Ecolog Innovation/abracadaracks, this start-up Bis Rénovation Energie, has reinvented its market and innovated in the direction of environmental progress.

Visionary, Ecolog Innovation was able to immediately join this green trend and innovate from the recycling of tires. Over the past 8 years, the company has only grown and thus meets the increasing demands of industrial and logistics groups, which also have the extreme need to take environmental issues into account in the development of their business. With the second-hand rack, Ecolog-innovation/abracadaracks.fr continues its momentum with the recycling of second-hand or second-hand racks, which until now had no outlet, as a point of coherence and which makes sense in its activity.

Once again, with the second-hand rack, Ecolog Innovation has completed its offer without forgetting its basic principle, that of the circular economy and the transformation as well as the recycling of underused and too often discarded racks. Because it is the management and reuse of these racks that abracadaracks.fr proposes to take care of.

Buying, selling, additional protection: these are real solutions that are concerned about the future of the planet, in an industrial and logistics sector that is now working hard to catch up and support ecological initiatives in its activity. A bright future for the protection provided by the recycling of Ecolog tyres and for the recycling of second-hand racks with abracadaracks.fr.

A new shareholder agreement to anticipate the future of the second-hand rack abracadaracks.fr !
18/09/2019